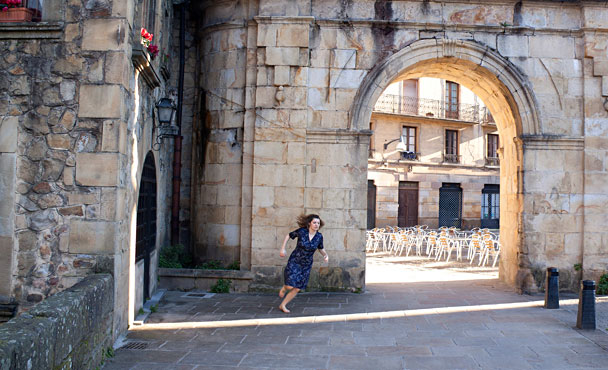 Desplazamiento
What does inhabiting some space, building it and experiencing it involve?

Desplazamiento is a series of photographic pictures that set off from an action, a look on the place, on the memory, on the complexity of the sense.
They are fragmented pictures, in which the action of running stays still, which are returned to the place where they were taken presenting us with a discourse on the relationship between picture and reality. Running bare feet in different places which are photographed at random, shapes an experimentation through the body.

Displayed in different places and with different addresses, the narration ceases to be communicative, and tedns to dispersion.
To look all over a place, recreate it, walk on it, depict it, is a way of movement.